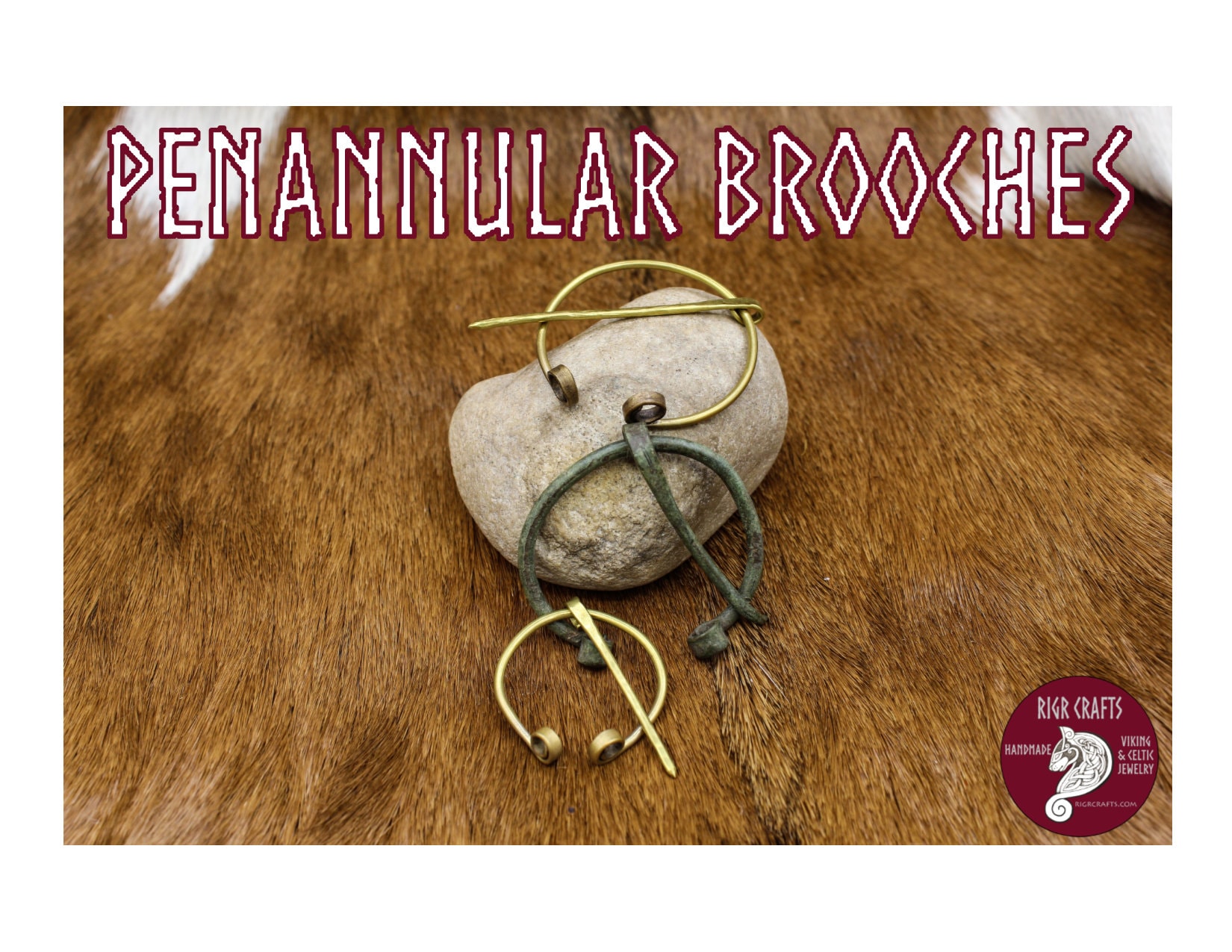 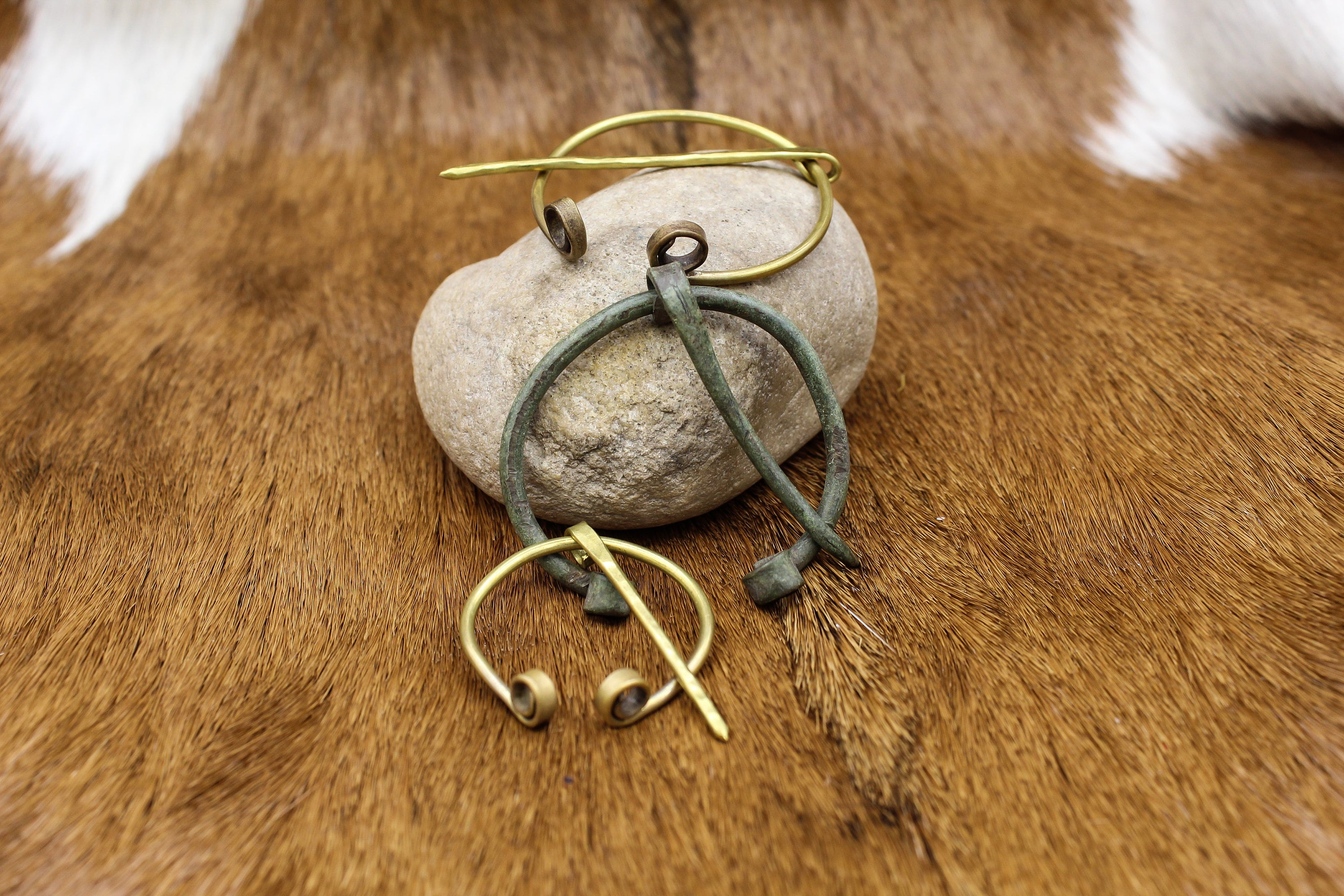 These penannular brooches are handmade in the style of the brooches worn by the ancient Celts and Vikings! They are pictured here with a REAL Viking Age brooch that is part of my artifact collection. The brooch you receive will be similar, but since these are all handmade there will be some slight differences. These brooches come standard in brass wire which doesn't oxidize as easily as raw copper and bronze. Raw copper and bronze are available on request.

The Celtic brooch, more properly called the penannular brooch, is a type of brooch clothes fastener; penannular means formed as an incomplete ring. They are especially associated with the beginning of the Early Medieval period in the British Isles, although they are found in other times and places—for example, forming part of traditional female dress in areas in modern North Africa. They began as as utilitarian fasteners in the Iron Age and Roman period. They became more ornate during the Celtic period from about 700-900 AD and continued in simpler forms during the Viking Age.