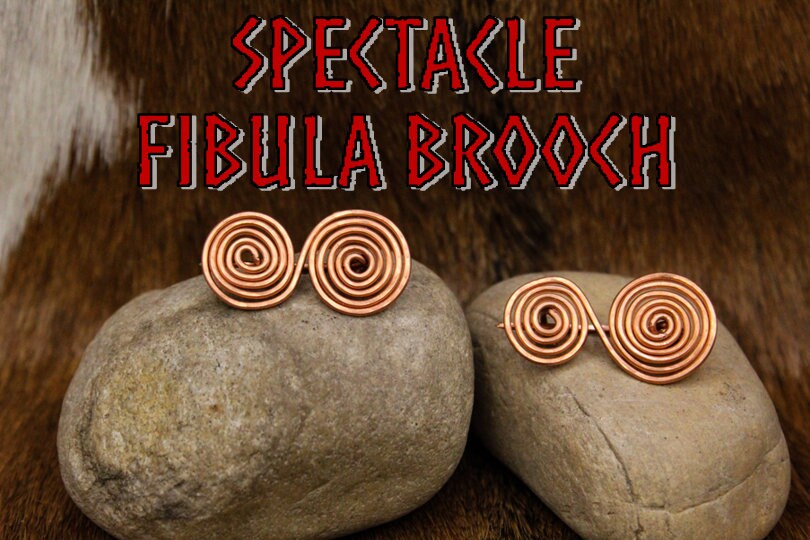 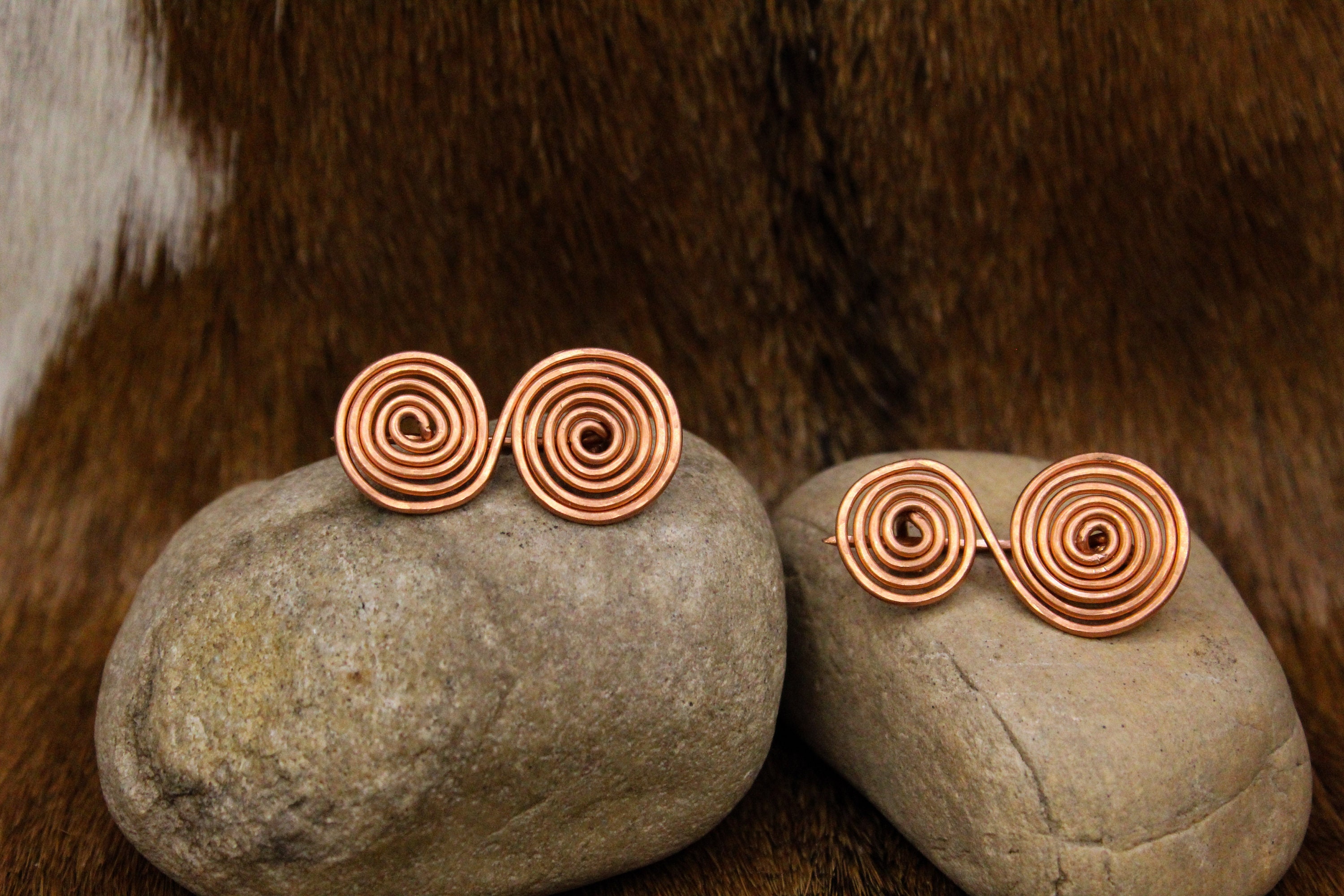 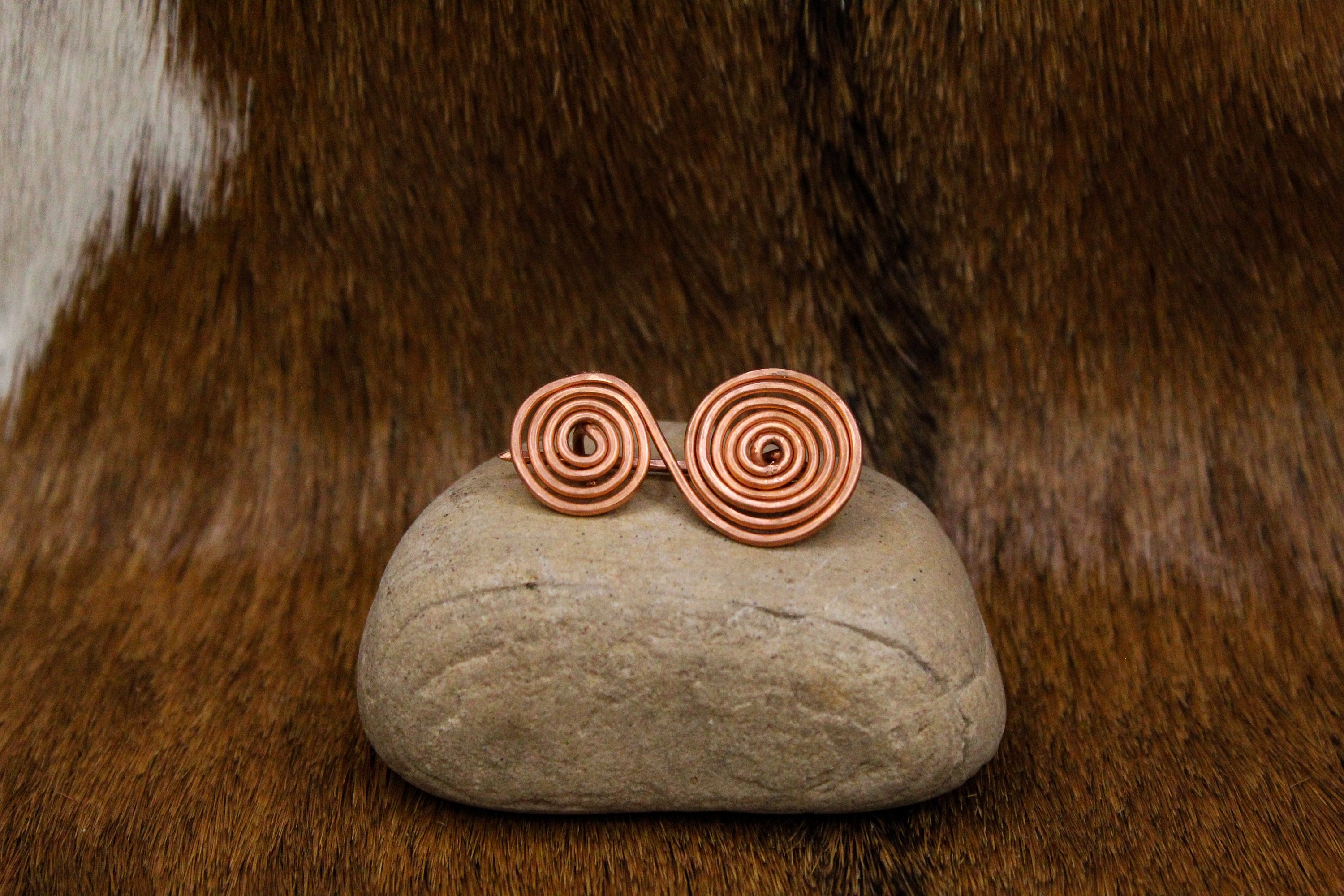 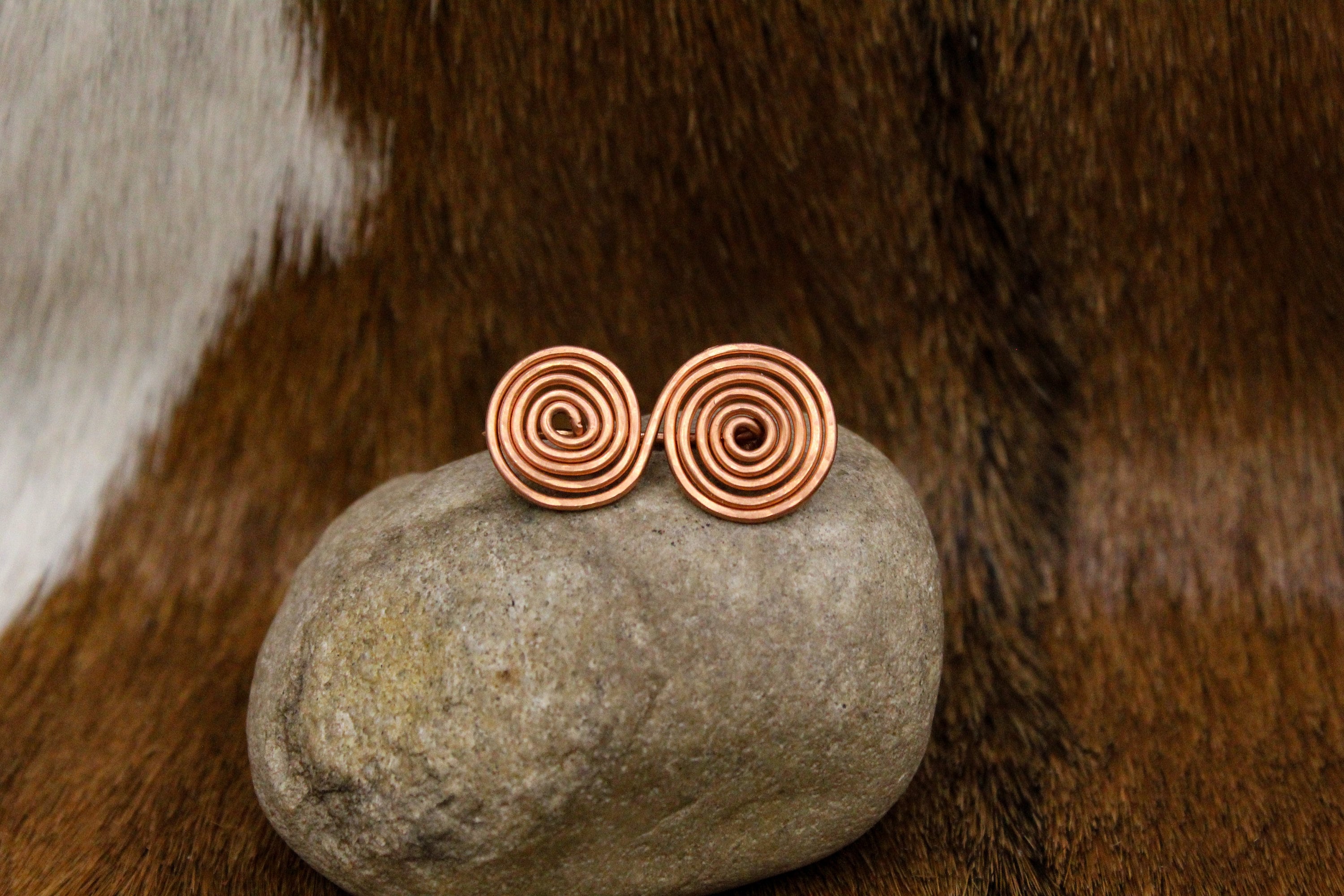 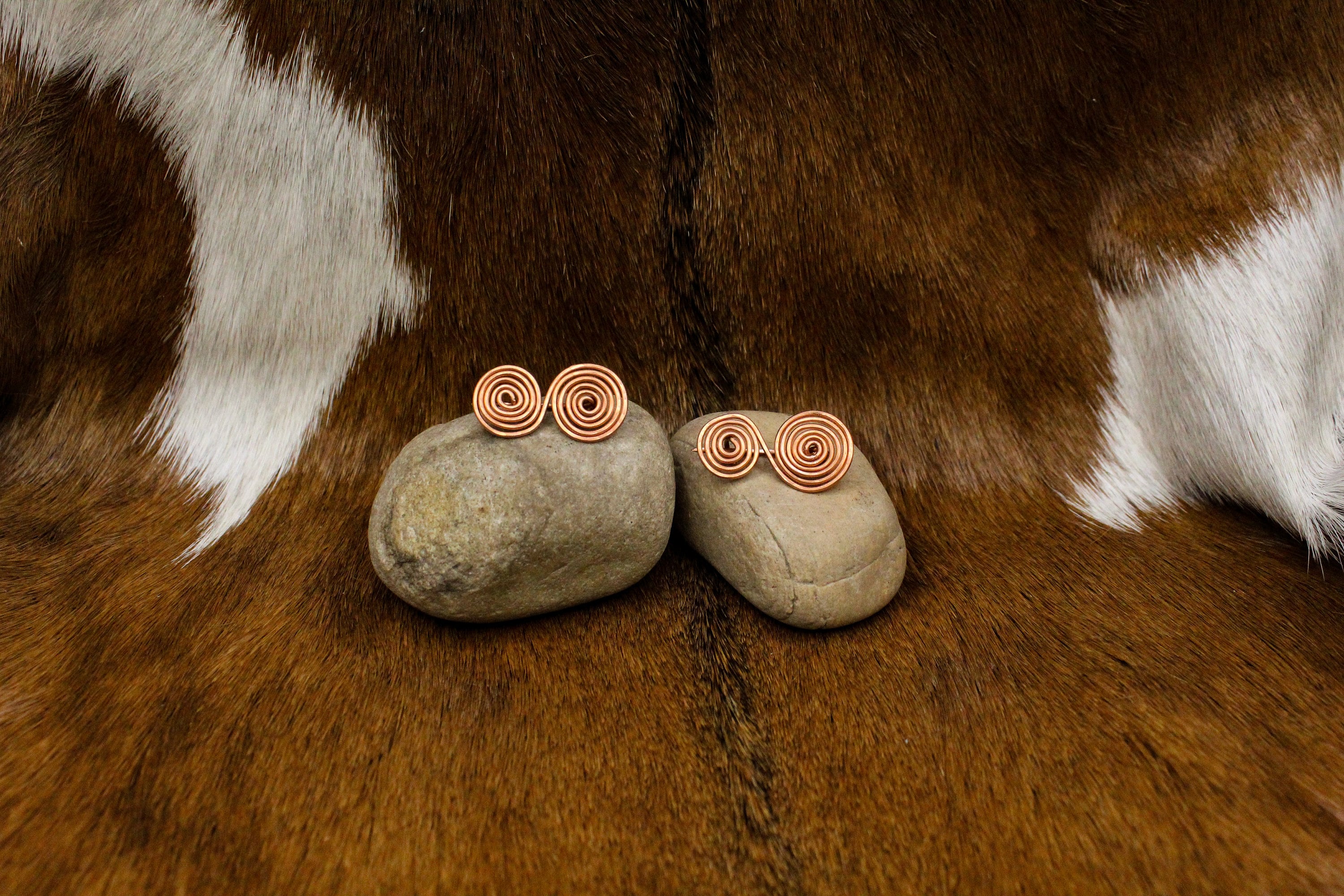 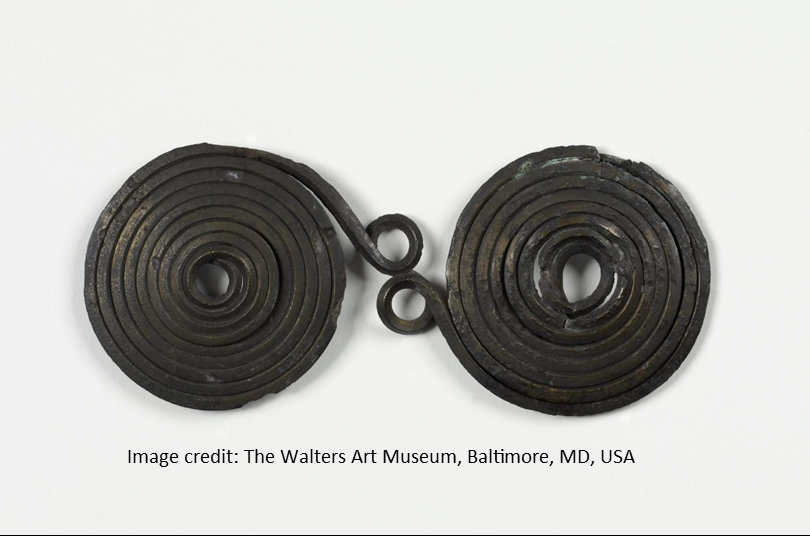 These fibula brooches are handmade in a style that was known as Spectacle Fibula, which was a common form of brooches during the bronze and iron ages! They are based on museum pieces like the last photo in The Walters Art Museum. The brooch you receive will be similar, but since these are all handmade there will be some slight differences. These brooches come in brass wire which doesn't oxidize as easily as raw copper and bronze. Raw copper and bronze are available on request. (The originals are usually bronze! The photos are copper.)

The fibula developed in a variety of shapes, but all were based on the safety-pin principle. Unlike most modern brooches, fibulae were not only decorative; they originally served a practical function: to fasten clothing, such as cloaks. Fibulae replaced straight pins that were used to fasten clothing in the Neolithic period and the Bronze Age. In turn, fibulae were replaced as clothing fasteners by buttons in the Middle Ages. Their descendant, the modern safety pin, remains in use today.

Unique and well made item!!!

Exactly what I was looking for. Just beautiful. I will be ordering from RigrCrafts again.